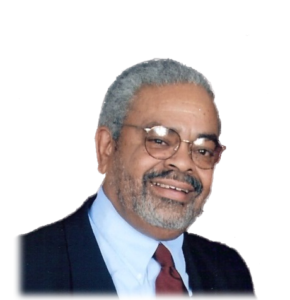 Rev. Samuel David Barnhart, Sr. was born in Washington, DC to Samuel C. (deceased) and Violet Barnhart. He is the oldest of seven children. Rev. Barnhart was raised by his grandparents (Elder H.D. Warner and Tonsa Warner). Elder Warner was a great minister. Therefore, the family had to move around due to his many assignments. Rev. Barnhart has lived in New York, Pennsylvania, Washington, DC, Maryland and Virginia.

Rev. Barnhart graduated from Northeastern High School in Bronx, NY and attended Oakwood College in Huntsville, Alabama. He completed a course in Ministerial Catechism and has attended numerous seminars and courses while attending the Progressive National Baptist Conventions. Rev. Barnhart has been blessed with the gift of singing and while he was at Oakwood he sang with a very dynamic chorus, The Columbians. This chorus reunites occasionally to give a concert in various churches in the Washington Metropolitan area.

He has always been active in the church. As a youth, Rev. Barnhart was the Associate Evangelist at a program in New York. At Second Baptist, Rev. Barnhart sang with the Gospel Chorus and the Golden Echoes.   He was ordained as a deacon prior to being called to preach.

In September 2002, Rev. Barnhart was ordained to the work of the gospel ministry. He was appointed the Assistant to the Pastor under the pastorate of Rev. James E. Browne, Sr. and when Rev. Browne retired in 2005, Rev. Barnhart was elected as the Acting Pastor. He was selected to preach at the opening session of the Evangelism hour at the Progressive National Baptist Convention in Cincinnati, Ohio in August of 2006 as well as in Orlando, FL in 2010. In January 2007, Rev. Barnhart was elected as the 12th Pastor of Second Baptist Church. On January 20, 2009, Rev. Barnhart was invited to give the prayer at the opening session of the House of Representatives at the State Capital in Richmond, VA. And, on February 8, 2012, he was selected to give the prayer before President Barack Obama spoke at an event in Falls Church, VA.

He loves life, working with people (especially the youth) but most of all, he loves the Lord. If asked about his greatest desire in life, Rev. Barnhart’s response is “to help as many people as he can, in whatever way he can so that when his life is over it will be said that “his living was not in vain”.